Three of the top bluegrass musicians in the Chicago area, Rob Anderlik, Pat Otto and Mike Church first met at late night jam session and felt a deep musical connection from the moment they played together. Even better, they discovered they shared a wide range of musical interests, ranging from Southern and Classic Rock, Blues, Swing, Jazz Standards, Cinematic Instrumentals, Folk Music and of course, Bluegrass. They formed a trio in 2015 and quickly built a reputation as one of the most versatile acoustic bands in the Midwest 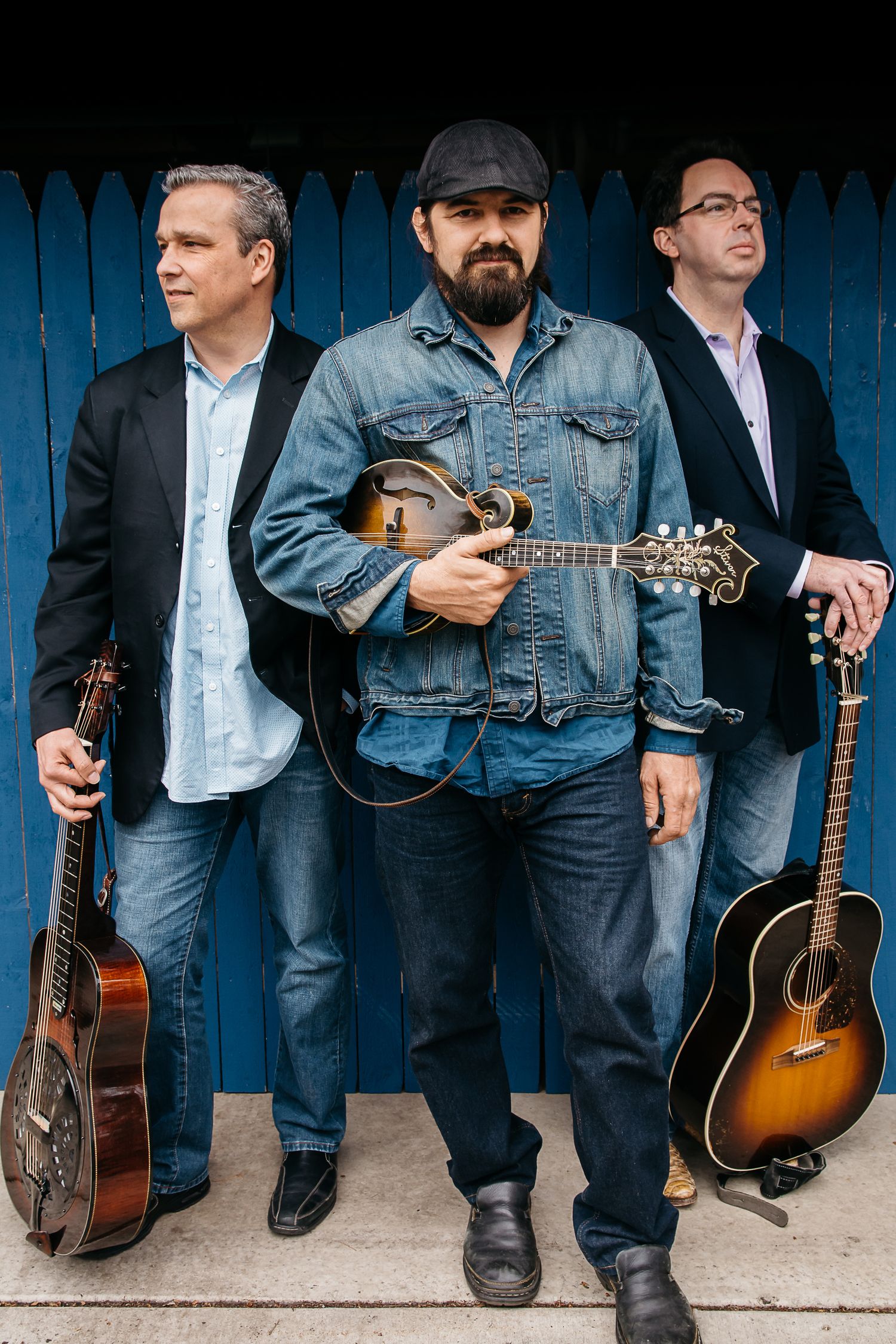 Derrick’s been singing since he was a kid. He was in bar bands before he was legal. He did his first recording as the lead singer in a band, Mothers Worry, when he was 16, and ever since then he’s been Mr. Studio Guy. Derrick is a natural singer and musician. Originally hailing from Milwaukee, he was always a sought after front man. This led him to a lengthy stint with Midwestern faves, Arroyo. His energy and talent together made him irresistible to audiences. Always in great demand, he has logged thousands of hours on stage and in the studio, including providing vocals for advertising giants like McDonald’s, Chevy, Budweiser, Coca-Cola and Kellogg’s.

You’ve probably noticed that most really great singers play an instrument, too. No exception here. Derrick plays piano and totally rocks on the harmonica. So, of course, an incredible singer who’s also a smokin’ musician is going to write songs. Some earlier stuff that he wrote for the bands he was in won all kinds of awards. Derrick’s songs have been recorded by The Brooklyn Tabernacle Choir, Logan Daniels and Melissa Manchester. You have heard Derrick’s songs on My Name is Earl, Criminal Minds, Boston Legal, Saving Grace, Providence, True Blood, and King of the Hill.

Derrick’s songs have been included in projects by The American Cancer Society, Music From the Heart and The Children’s Heart Foundation. He has also been the recipient of songwriting awards from the Wisconsin Area Music Institute, Los Angeles Songwriters Showcase and Billboard Magazine. Derrick writes from the heart, but he can also write on demand. He has his own home studio, Hear & Now, where he produces his own stuff and where he also records and produces for other musicians and voice actors. 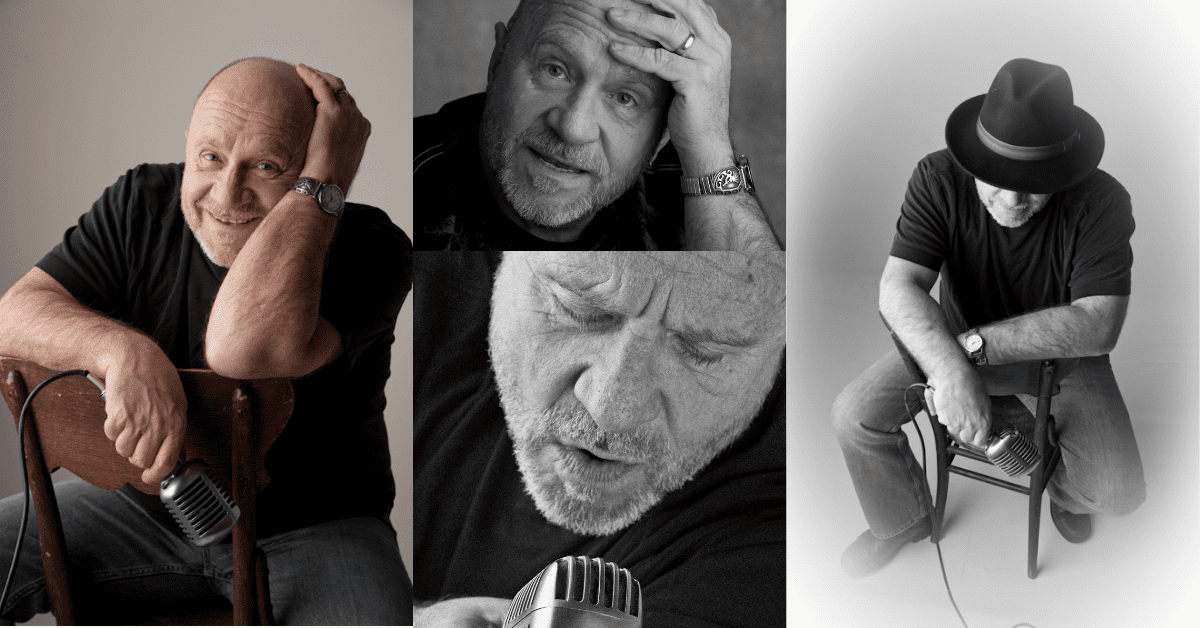 Influenced by blues, jazz, R&B, gospel, and hip hop and instructed by his father A.Z. Jefferson, Jr., Harlan began performing at the age of 10. By the time he was in junior high school and active in bands, he became known locally as the “National Anthem Player,” performing at college, semi- and pro-ball games from Rockford and Chicago up to Milwaukee, Wis., including suburban areas.

A rapper/dj-turned-saxophonist, his reputation came full circle in 2006 with the release of the single “The Chicago Bears Anthem.” Written by Swade, Harlan Jefferson executive produced and promoted the ultra modern rap-with-class that was played in Chicago at one of the Bears games. The track was quickly picked up by DJs, who played it in the streets, in clubs, on the Internet, and on television stations and music and sports radio stations in Rockford, Chicago, and Indiana. 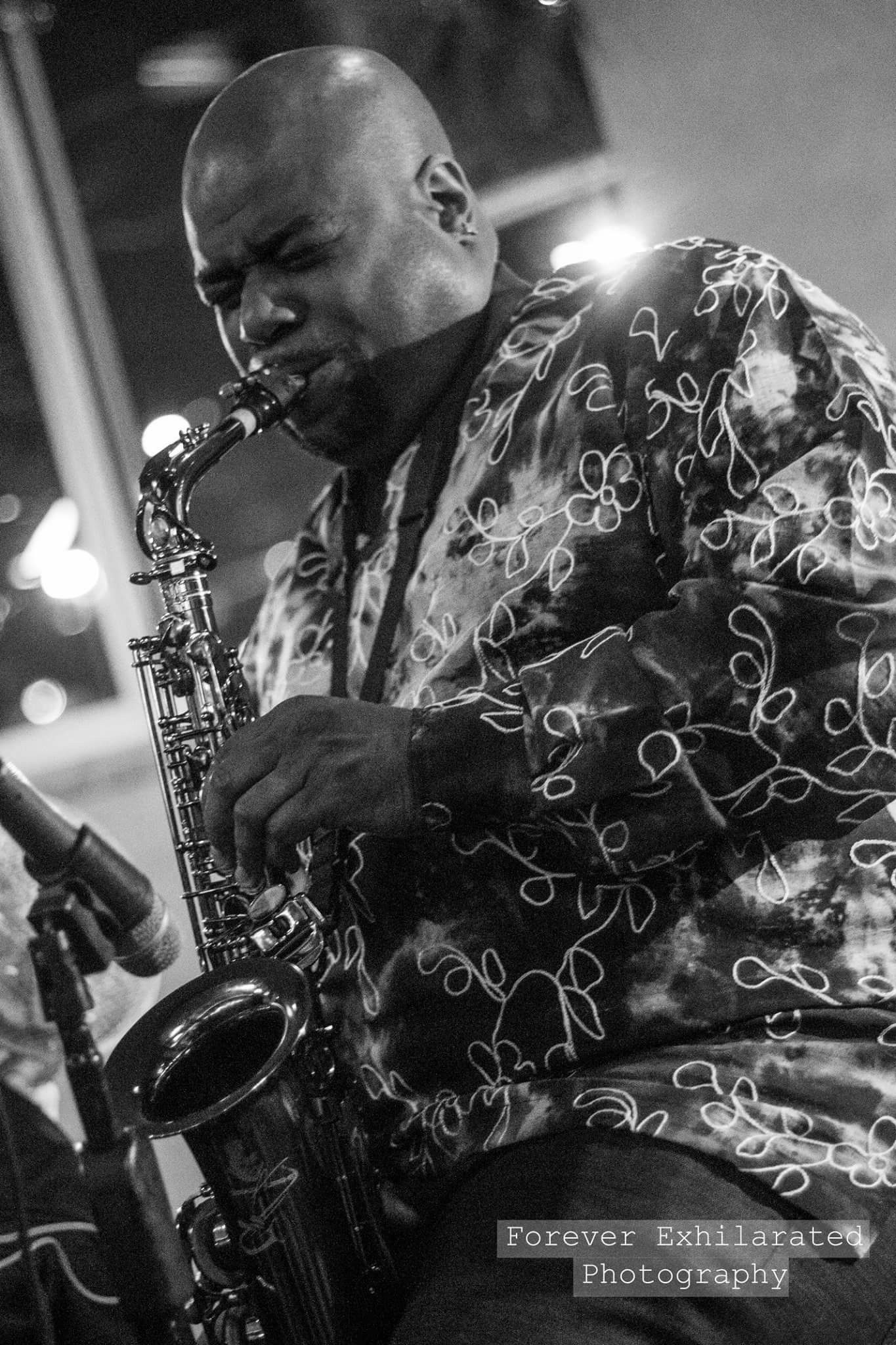 This girl is on a mission to brighten every corner she steps in with honest lyrics and lively melodies. Her voice and folk/pop style have often been compared to Ingrid Michaelson and Nora Jones. Over the years, Claire has had the privilege to open for Anderson East, Lee Dewyze, William Becket of The Academy Is, The Ballroom Thieves and Tall Heights. She just completed a Midwest tour playing everything from intimate living room concerts to critically acclaimed festivals. Her latest project, Don’t Quit Your Daydream, speaks to Claire’s strong ability as a songwriter. It’s a variety of styles showcasing collaborations she’s been working on in Nashville this past year.

With 20 CD’s currently in the marketplace, Mark & Gretch Hladish, with Jo Hodgins are known music professionals in the Walworth County area. Performing together as a vocal trio in a unique cabaret-styled musical experience since 2010, their music is the backbone of Rosewood in Delavan, Wisconsin entertaining theater goers from 7-10 states. Mark, the group’s producer, plays 17 different instruments, and has recorded every note of their repertoire spanning 1930’s to current day. This melding of incredible harmonies on such a wide variety of music is a crowd pleaser, every time. 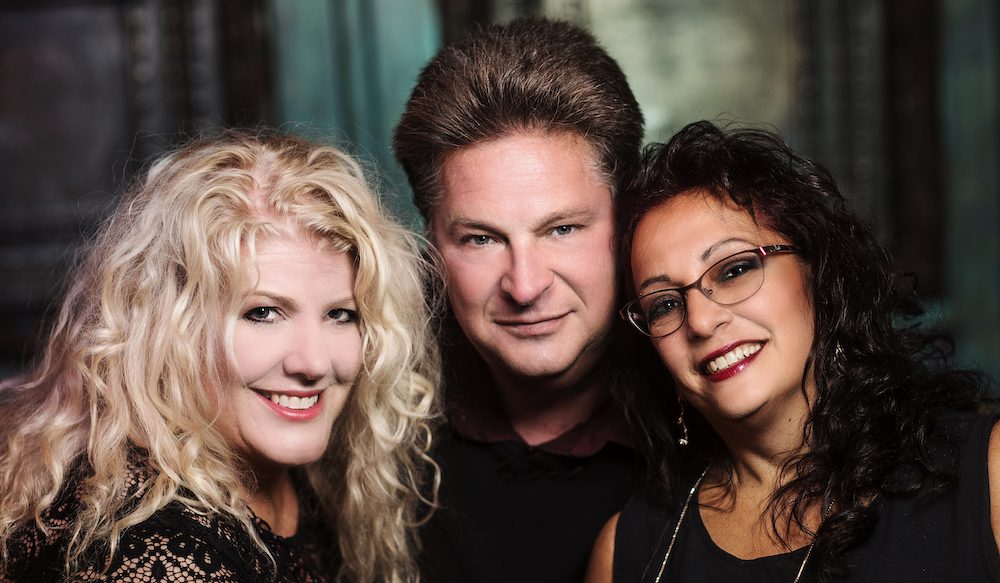 Julie Oehme emerged on the music scene in 2008, captivating audiences with a solid collection of sensitive and resonant original music. Always a generous performer, Julie rewards the focused listener – and penetrates the bar-haze hustle – by combining folk-rock and soul delivered with commanding vocals, memorable piano grooves and lyrical storytelling. Julie’s writing style is often compared to artists like John Mayer and Sarah McLachlan. Her vocal style may remind you of Joss Stone or Sara Bareilles; Melissa Etheridge or Fiona Apple. One example of Julie’s broad appeal is that she become a regional finalist in America’s largest country music talent search – with alumni that include Martina McBride and LeAnne Rimes.

Julie’s music is intuitive yet headstrong; relaxed yet risky. A pianist since the age of 5 – and writing music since 12 – Julie’s keyboard artistry prepares your emotional canvas with bold bass lines and delicate melodic strolls. Her powerful voice then paints brilliant and poignant pictures of love, love lost, love lasting and life lived richly. Her songs sing volumes about Julie’s passion, courage and vulnerability. She is singing of everyone. She is singing only to you. She leaves no story unspoken; no joyful experience or shattered emotion unexposed. As each song takes on a life of its own, you can own each one as if you’ve heard it forever. 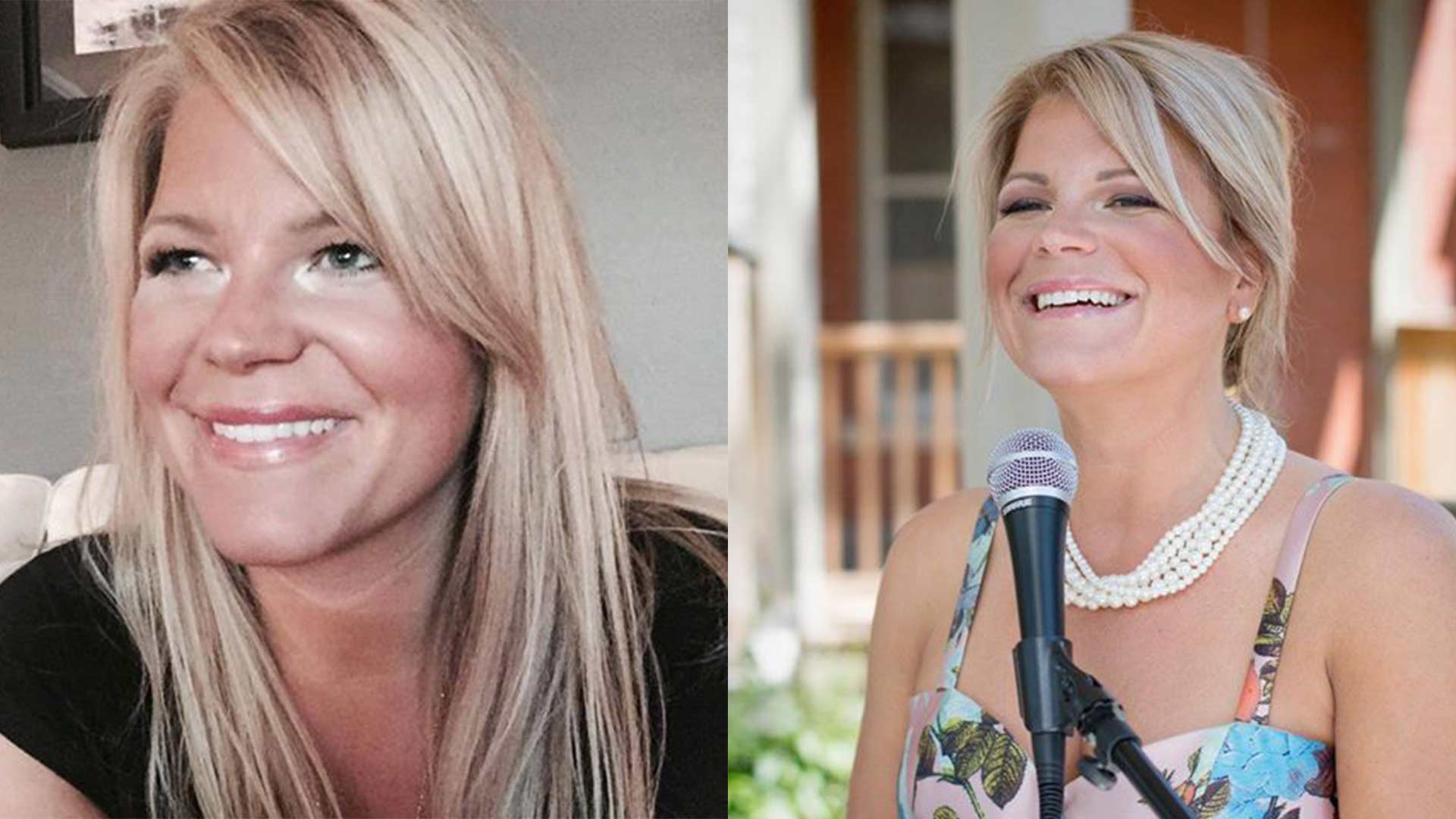 Allen Wetzel is a published singer/song-writer, accomplished multi-instrumentalist, and live performance veteran who is perfectly at home on any stage.

Having always had the itch to form his own band, Wetzel relocated to South-Eastern Wisconsin in 2008 and teamed up with the extraordinary guitar and vocal talents of like-minded musician Jim Ryan to form “The Big Al Wetzel Band”. Wetzel and Ryan initially honed their show as an acoustic duo, but when the phone began ringing off the hook for larger events, they eventually enlisted a most venerable rhythm section of S.E. Wisconsin music scene stalwarts – Geoff Howard (bass and vocals) and Tim Rush (drums and vocals).

Drawing from fan favorites of every genre (including Rock/Country/Pop/Blues/Funk/Reggae to name a few), the Big Al Wetzel Band delivers a jaw dropping spectrum of first class live music for high end events large and small throughout the Chicago Tri State area and beyond. 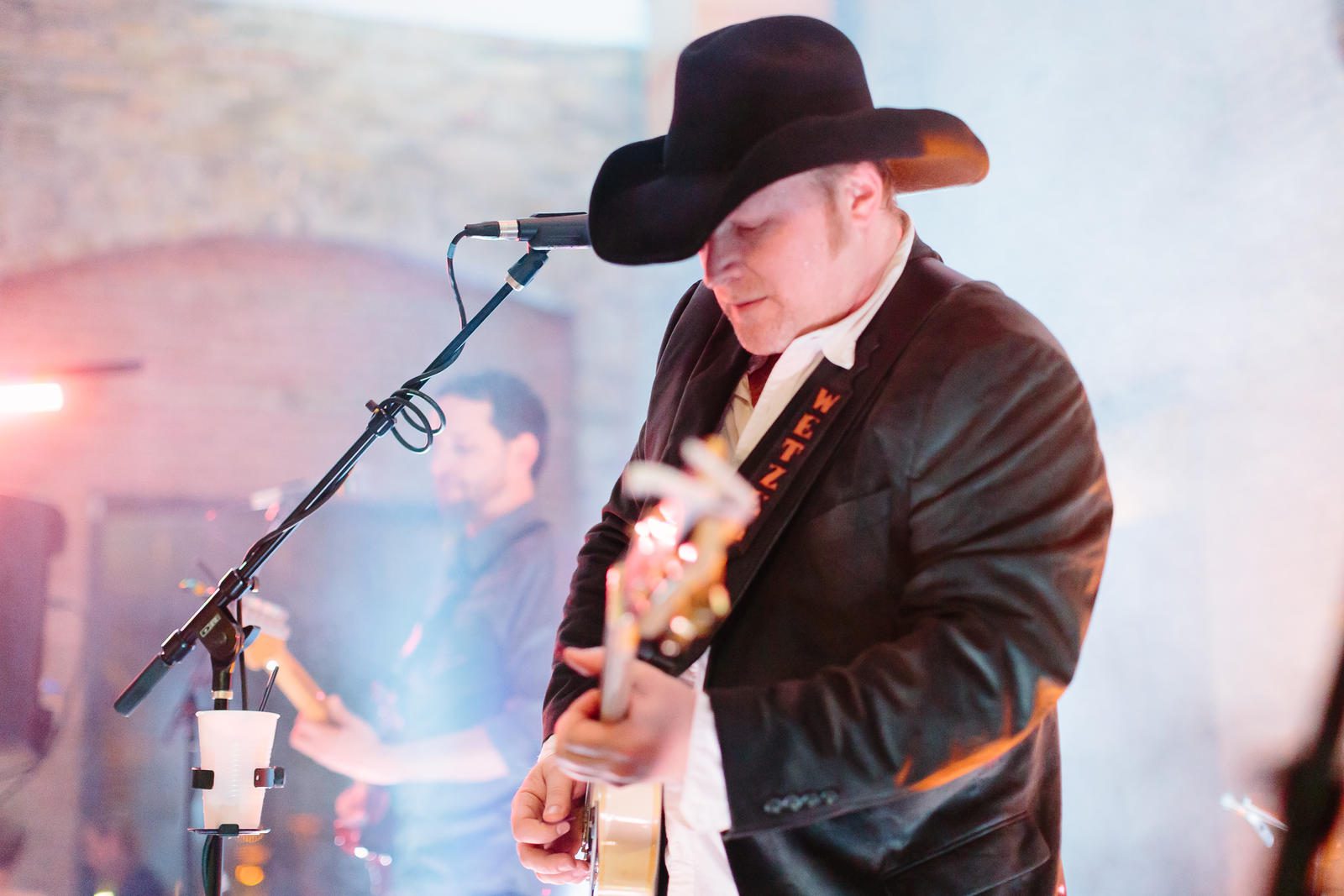 Phil has been performing most of his life. His flare and gift to connect with his audience is always a pleasure to see. He plays a 12 string acoustic guitar and has a tenor voice that makes you want to listen. He performs the classic rock songs from the 70’s, 80’s, 90’s and some top 40 hits. His performance is electrifying, fun to watch and always gets a room rocking. 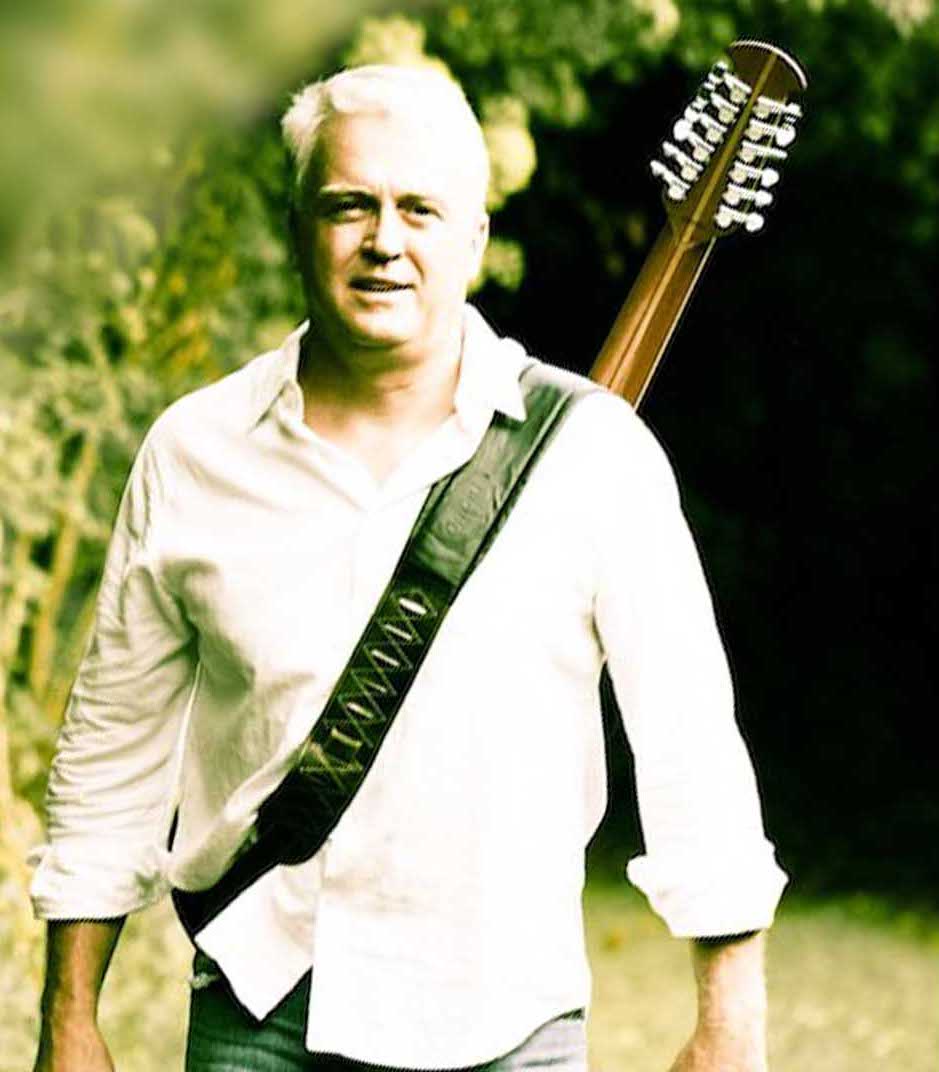 When one mentions D’LITE in the Lake Geneva resort community, it is difficult to find anyone who hasn’t heard one of their incredible performances. There is hardly a venue or festival that hasn’t featured them. The scope of an evening playlist can include almost any popular music genre including classic 80’s and 90’s dance songs, to R&B, Country and the most contemporary songs of the day. Dawn Soto is an amazing musician, playing sax, keyboards and brilliantly covering female vocals for the duo. Dan Blitz is an equally talented vocalist and guitar player. D’LITE covers a wide range of the most challenging popular music with uncommon musical skill and accuracy. Rosewood is delighted to share a regional musical treasure with our SUNSET ON THE PATIO audience. 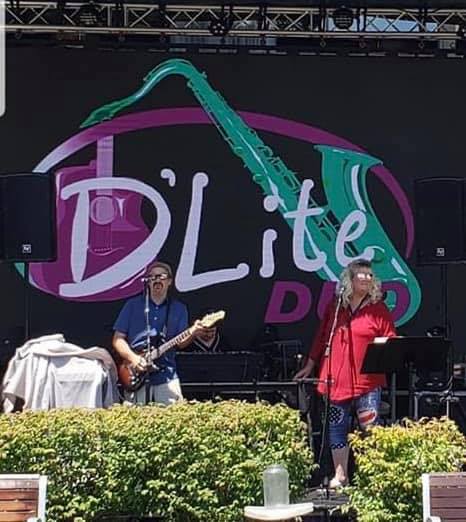 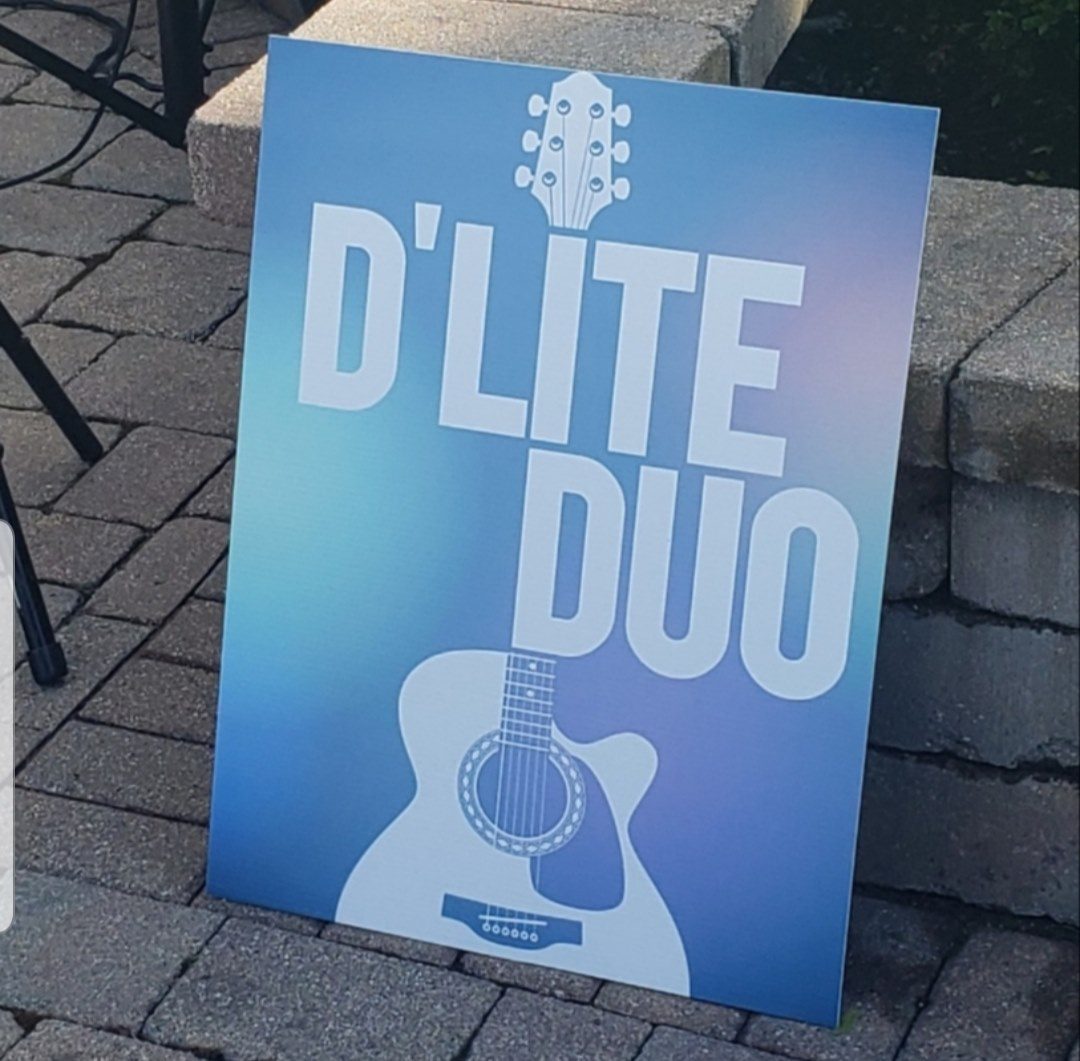